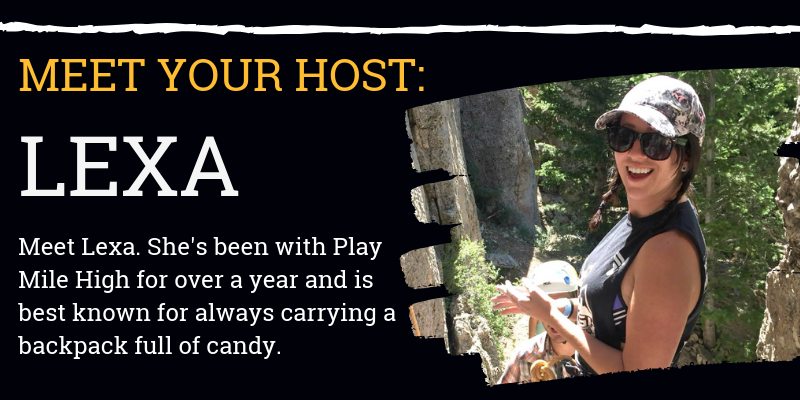 1. What is your favorite league to work for and why?

Kickball. Perfect mixture of elementary school games and drinking. It’s not as serious as some sports but still has a competitive edge and it definitely has the coolest players.

I challenged my Tuesday Kickball teams to get the DJ to play the chicken dance after 9:30pm. After multiple people attempted to bribe him for 45 min, he finally gave in and the entire bar did the chicken dance on the rooftop of Lodos.

3. If you were to have a super power what would it be?

Time manipulation. Would probably abuse it but I’d love to have the ability to freeze time and get more things done to allow for more free time.

4. How did you get involved with Play Mile High?

Playing kickball in the spring we had two free agents that told us they were brothers from New York. I later that night found out they actually worked for Play Mile High!! Long story short they never showed up except week one and I started to talk to my kickball hosts about them more, and one lovely host by the name of Kayla Z told me I should work for Play Mile High. I had never thought about it but being staff/player is way more fun than just being a player.

5. What Disney character are you most like and why?

Vanellope Von Schweetz. She is independent, tough, and self proclaimed queen of jokes. Also love any princess that can rock candy in her hair and a sweatshirt.